Alcohol addiction is a chemical addiction to alcohol which is the most widespread addiction throughout Ukraine and Commonwealth of Independent States. Alcohol is a drug and its long-lasting and systematic usage is the same as drug usage. Alcohol usage causes a number of painful changes in human body and mind. These changes are first of all characterized by loss of memory and by the fact that one’s brain activity and social skills become worse. Alcoholism causes a gradual nervous system ruin and the one part which suffers first is cortex which leads to personality degradation and one’s values and targets replacement. One addicted to alcohol loses personal freedom having imposed one’s will and actions for fulfilling one’s need for alcohol. Alcoholism causes a lot of diseases which inevitably lead to an early death unless one stops drinking alcohol.
Treatment for alcoholism consists of four necessary stages and rehabilitation gives the chance to pass them.

Diagnosis of the usage and of the patient’s condition, the degree of one’s affection for alcohol and the damage which had been caused both to the psychology and to the body which led to the alcohol abuse, to the alcoholism. Consultations about the patient’s motivation for the treatment are being held. The gathered information makes it possible to make a detailed personal plan and the treatment for alcoholism will be held according to it. In order to begin treatment for alcohol addiction it is often necessary to lead one out of a drinking bout and to stop the drinking bout which is also important to be relied on the specialists.

Detoxification is a procedure of removing the alcohol and the products of its dissolution, the acetaldehyde and formaldehyde from the body. Chemical detoxification also helps one to fight the syndrome of cancellation without pain. The procedure of detoxification requires the usage of special medical drugs which are injected using a drop counter.

Rehabilitation is the main process in treatment for alcoholism. While talking to our specialists, psychologists and consultants the one receiving treatment is gaining skills in being able to successfully withstand the stresses and the desire to drink which minimizes the risk of breakaway. Revaluation of one’s values and life targets which had been previously ruined with alcohol abuse takes place. While working with psychologists the patient learns how to enjoy a sober life finding the ways to realize one’s individuality, which had been suppressed with alcohol. Along with the psychological work a physical restoration is done, that is acupuncture, massages and sauna. All of these make the body clean itself from toxins very fast and make one’s vitals stronger.

Social adaptation or socialization is a process of personal motivation which the rehabilitation centre allows to develop in its borders. The rehabilitation helps one to gain a full and comprehensive psychological, physical and social restoration. A system of one’s values and life targets is formed and it is aimed at building a successful and effective vital activity. Health and relationship with one’s family which was ruined with addict’s alcoholism is being restored. There are a lot of specialists with a great experience of work and high qualification in the rehabilitation centre, the process of recovery takes place in comfortable conditions with the help of most effective methods which are required by alcoholism treatment. 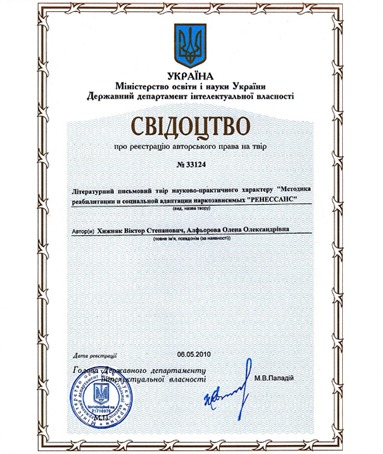